That´s the name of the new Wintersun album. That´s also the name of my main problem. I wish we had two weeks more to complete and rehearse everything without this slowly-creeping-in-panic.
The last two weeks were spent by composing, orchestrating and mixing this movie score I´ve been slowly doing since the beginning of the year. However, I had to make a final crunch and did 9-13 hour days in a row for two weeks, resulting with over 30 minutes of ready music made in that time span. The mastering session is next sunday, and then I´m finally 100% ready with that.

"How to keep you shit together in a tight spot".


So, riddle me this. Besides the movie scoring and work, I´m obviously responsible for the Finntroll´s album pre- production very much. But wait, there´s more! I´m in the process of trying to sell our house and we´re expecting to see a rather small, wrinkled and screaming early x-mas present as well. Who, by the way, is calculated to arrive at the next day when our mix is over. I´ve expressed my deepest plea to "it" to let me finish the mix first, so let´s see how the omnipresent fatherly advice will work. So the last month hasn´t been exactly a picnic in my head. Sometimes this happens- and as long as it´s temporary, there are ways. If you´re always screwed with schedules and to- do´s, you´re doing something wrong. Trust me, I have experience with that years ago and it didn´t go exactly very nice as some people know. But that´s another story.
But how to keep that shit together when it hits the fan?  Sometimes things stack and you´re screwed. And here´s something that might help you to survive it.

The most important things are that you mark shit down. You divide shit. You priorize shit. You delegate shit and ask help for the shit. And you get rid of shit by force. And now, let´s dissect that shit!

1. Marking shit down.
Use calendar. Heck, I use one self- made Excel- calendar, online Calendar to sync with my phone (to see "agenda" for the next two weeks and to have necessary reminders for stuff) and a task list- app for Android. Which, by the way, is highly recommendable. Finntroll- to- do runs in the task list, while my "private" events run in the online calendar. Calendar tells me where to be and when, task lists tell me what I have to do until a deadline and the Excel tells me more "bigger picture" with holidays, studios and stuff. The more stuff you get our of your head, the more you can concentrate on the more important issues. Clearing head is Zen. And Zen is vital (see #5).

2. Dividing shit.
Fuck multitasking. That is the stupidest thing to do ever. Multitasking is for robots and computers. You are a human. Human brain works best when concentrating on one thing at the time.
Instead, divide the tasks. Make sure you are organized. Today, you do this until 11am. After that, you have a break BECAUSE BREAKS ARE THE MOST IMPORTANT THING EVER IN A STRESSFUL SITUATION.
(Seriously, I can´t punctuate that enough. Take breaks.)
First, you decide that "next three days I will do only this project". And that means, nothing else unless it´s a one, 30 minute brainless job meanwhile. And only if really really necessary.
When you´ve micro- organized your day in the morning, you survive it. And no, you don´t start tomorrow´s job "because you were so fast" unless you really feel like it and have the drive for it.
Instead, you have a mug of tea and lean back while listening to good music. You need also time to "settle down", and if you come home only to eat and sleep badly, you´ll be as stressed tomorrow as you were yesterday when you hadn´t read my excellent advices yet. :D

3. Priorizing shit.
My tablet´s battery problems are probably not worth of spending 4 hours fixing it right now. Also, doing a job for someone who didn´t do it in the first place isn´t. And I´m sure my friend understand that I don´t have time for 1.5 hour lunch right now, but we could do it on thursday if he is still free. And obviously, family comes first in all the priorities, but you probably knew that already. The first person you take time away is you, as this whole mess is your fault and not your family´s.
Just keep in mind that without you, the stress- causing things are not going to end until they are done for good. So take care of yourself and you can take care of other stuff much better.
You can play that computer game, browse news and read that magazine when everyone else is sleeping. Even though you need time for yourself, don´t be a poop and let other people suffer too much for your fucked- up schedules. Kids deserve dads and wives husbands, no matter how busy you are supposed to be.
And yes, you are allowed to say "no" for people. If you´re polite and too much of a yes-man, you can always use the "i´d be delighted to help you a bit later"- tactics. If people are asking you something, this means they are prepared for a "no" as well.

4. Delegating shit and asking help.
Vreth is taking care of organizing the horn players for the studio. Virta and Beast are arranging rehearsals. Tundra is spending his time to post- produce the pre- produced songs. My mom helps me out picking up my kid from school for those days I know in advance I have to be at the studio and couldn´t take off-days from work. My wife does a bit more of the stuff at home and my workplace is extremely nice and understanding at the situation as well. There are many things you cannot delegate to others, but those you can, ask for it. Make sure though how much you appreciate the help of others and do not misuse their good will. If you´re using your mom regurarly to pick up YOUR kid from school, you´re doing something very wrong. Your mom did that already with you. Asking for temporary help is different than leeching it, remember that.
ALWAYS be grateful of the help you get, because without getting it, you´d be royally fucked. And remember to help back. (Yes, hello, it´s me, spare Jesus here.)

5. Getting rid of shit by force.
What happens in the office, stays in the office. This means I do my best to leave the think- tank there where it´s being done. When I get home, I go to sauna, make food, watch Stargåte and Hercule Poirot, younameit....read a ton, do crossword puzzles at bed, discuss politics with my wife, teach my son to play Monopoly and go for a flashlight-trip in the nearby forest with my family. Besides one non- used spare midi keyboard and an electric guitar, I don´t have any musical equipment at home and that´s a conscious choice.
It really doesn´t help at all if you keep thinking that failed arrangement in the sofa while watching O´Neill whopping Goa´Ulds around the galaxy or dying in a WoW boss encounter because you were thinking of meeting schedules instead. This doesn´t come easy- you have to force yourself to Zen. And by Zen, I mean very simple practice: You do one thing at the time. As I said, multitasking is for machines. In time, this starts to come more natural and you realize you actually managed to spend the whole evening with only once thinking how those next week´s rehearsals should be arranged!
(Also, using that calendar helps with this, trust me.)

And here´s another good bunch of ideas as well in that storm of stress.

- Don´t listen to loud and aggressive music at the evenings- instead listen to classical music and ambient. This is not an advice from someone who´se getting old and wimpy but because it really helps me clearing your head
- Excessive use of alcohol and general intoxication is a great idea. IN ABOUT 1 CASES OUT OF TEN. In a stressful situation, you need all the clear mind you can get, you are horribly dependant on serotonine, you need quality sleep even more than ever...do I need to continue? When you go drinking, make sure you will "remember the Sabbath day, to keep it holy". That will be your well- deserved day off. And you can´t afford many day- offs, so spend it wisely. Working in a stressful situation with a hangover is pretty much not working at all but just wasting time.
- Remember to eat well. Hamburgers are not an option because you don´t have time to do food. Yes, you have. There is always time for making food. By the time it takes you to walk to nearest Pizza Hut, waiting for your order and walking back, you would had already prepared that meal twice at home. "But I´m not home, mr. Trollhorn, but at the office/ studio/ car repair center!"
Make more of it when you do, and take some with you to the office/ studio. You´ll save money as well!
- When you do, whatever you do, remember Zen. As everyone should know by now, it´s been clearly studied that an average work day has only a certain amount of productive time and the rest is just farting around and bullshit. Why don´t you actually decide those thresholds by yourself instead of going with the flow?
-Write a futile blog text if you don´t feel like working. Just make sure you have time still do the actual work, too. Calendar!

Now I´m going to enjoy some coffee in all peace, and then work my ass off for the next two hours with no breaks and achieve more in that time than in a regular 6 hours. What a fucking great plan!

PS: This has got to be some sort of a joke, I got a phonecall in the middle of writing this where I was asked to give a lecture about game music composing at Unversity. :D Honored as fuck, I had to ask them to get back to me at january. :P
Posted by Finntroll at 1:05 PM 6 comments:

"A new look to Stars and Stripes"


Me and Tundra made an awesome new song, and the guys spent the weekend playing in Mone...Pag...Heathen...somethingfest. I also took the liberty of udoing a demo preview- compilation and put it to our Facebook- page. Feel free to surf there and go nuts while you're reading this!
I've been drowning on finishing the last half of a movie score besides the album- writing, so needless to say, I'm close to going slightly mad very soon, heh. I still have about 8 minutes to do before I can concentrate more on the Trollish stuff-which means that later next week I should be able to continue finishing the last material for the album. Finally caught that flu too everyone and their children were having, so it's been quite a pleasure doing orchestrations mixed with "duets for a tissue and a mug of lukewarm coffee".

I also made finally a Twitter- account yesterday where I can act like I was some sort of a professional composer,so hook me up from there if you're interested @trollhornmusic. Now I'd need some sleep but am still too excited of reading the newest issue of Android Magazine.^^ Sorry for turning this into a diary, it seems. Next update will bemore band- related, I promise!

PS: Either it's me or this blog service is way beyond horrible to edit with a tablet. >.<
Posted by Finntroll at 10:58 PM No comments: 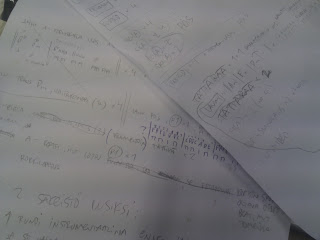 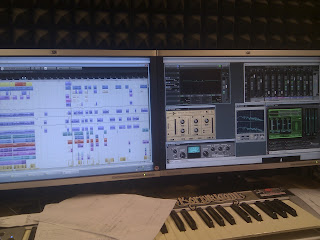