How coincidental. Yesterday I got an angry email from a certain person working with a certain band I´m involved in, stating basically that "what the fuck is taking so long with your new album, you´re ruining all the future plans here". I tried to reason him with the very fact that we thought the music we had done earlier for the new album didn´t match the standards we have set on this band, and thus it has taken a bit longer to find the proper approach. 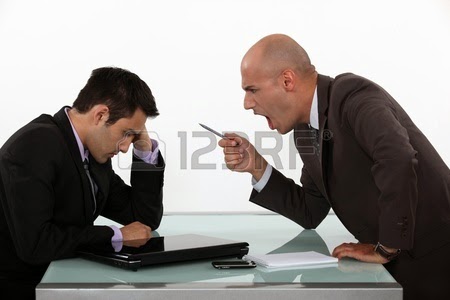 Or, to quote myself straight away-

"...we´ve been basically working on this album "for real" since early April. Everything done before that has been ditched, as we have now found the approach we are heading towards."

As I´ve been telling the people- be it the record label, manager, or you the reader out there- Yes, there has been some serious problems with finding the inspiration for the right approach (see the entry from last year) but in early April I made something that felt like curtains had been drawn off my eyes. And when Marko had the same approach on one of his new songs, we knew exactly what is our plan for the music. And since April, we´ve been working on that direction very heavily, sporting 3-4 new "quarters of a song" already.


So it was about the creative process being blocked, which we managed finally to overcome. Nothing extraordinary, nothing unusual, albeit a bit too long period which I can admit. But for some people, things are not that easy. You could also get drown into a swirl of neverending perfectionism and blame the lack of even better equipment for being the sole reason why the album isn´t on Time.

Which, I both get and don´t get at all.

I´ve been doing albums since 2002 with a computer- based setup, and when I started I had only a hint about studio technology and mixing. My demos back then were sounding like shit, but at least we could try different things and hear the music "in action" before going to the expensive studio to make it properly. During the years the demos got better and even more polished/ well- thought until at some point we reached the stage when we only started to enter the studio to just "perform" them as a band- but with some additional ideas, tweakings and inspirations come flying by. All the demos were done twice- first the mockup for the basic ideas and the arrangement, and then the latter and final version would be extremely close what you´d hear when the album is released. Yet, the equipment used for both is basically the same- things are just done a bit differently. In the final demo, e.g. all acoustic instruments are real, the sound is mixed more closer to the direction we wish to achieve in the studio and there are all sorts of small tricks and hooks added to the cake.

When I start composing, the gear I use at home is quite modest- not because I don´t necessarily have the better stuff available, but because I try to keep everything very simple and non- distracting while I create something. If it gets the work done it is enough, is my principle. Musicians should never surround themselves with fancy equipment in the creative process, because those things have pretty much zero input to the actual creation of the music. Just like most of the film and game composers use a fucking PIANO ONLY to get the composing process rolling, we shouldn´t be needing a noise- isolated mixing rooms for trying out ideas or a fucking stack of guitar amps and microphones for cranking some riffs on tape. When has it come to this that the musicians need a goddamn € 100,000 studio equipment for composing and creating music? When the second phase, a.k.a "the proper demo" comes to picture, I start to experiment more and actually bother even to use a pre- amp and channel strip for the microphones. But it´s still far for perfection...and will always be. Imperfection and the human element is what makes music what it is. Just ask Glenn Fricker if you don´t believe me!

I have the fortunate chance of living in a house now instead of flat, where I have one room for my equipment and can technically make as much noise as I will without interfering the neighbours. But before last year, I was living in a place where I had no musical equipment available at all. Yet, I somehow managed to do quite many albums. since 2006 I have recorded and mixed all the proper demos (read "polished/studio quality") at my workplace on evenings and weekends, where I could scream my lungs out and play acoustic guitars as much as I wanted. Sure, the air conditioning sometimes hummed. And sometimes someone else was making coffee in the next room, which uhm...spilled to my takes. But I didn´t give a fuck. I even did some extra album instrument recordings there, because in the music I make, certain small badness just adds to the blend just fine. :D
Of course, if you´re making a new Sting- album, you probably wouldn´t like to do that then. Or, a Wintersun album on that matter. So I do get the point that music needing the perfect production cannot be produced in sub- par conditions. But in all seriousness, the line should be drawn somewhere.

If the guitar sound in the studio takes me weeks to get, I´m doing it wrong. If my € 8000 computer cannot handle orchestral samples, I´m doing it wrong. And if I need months for mixing, I´m definitely doing it wrong. Just as a reference point, Bohemian Rhapsody was done with a 16- tracker. While I agree we shouldn´t go back to those days, I am a sole advocate of "instead of the boring option which is anyway out of your reach right now, try something creative instead".
We need to KNOW WHAT WE WANT, or we´ll never get anything finished. Period. A producer must have a clear vision in the studio, a vision which has been tested out earlier in less expensive and stressful conditions. The studio is a place where you´re supposed to go to finish the product, not to create it. And when you run into problems, you overcome them. You shake your fist at God, defying the Almighty and fucking NAIL IT. You might also lose your sleep in the process and cause a lot of quarrels, but you´ll sort it out. At least I cannot remember a single session where we had to give up doing something we really, really needed because of technical limitations. When there´s a will, there´s always a way. And the answer is not always about buying your way out of it.

In this mess of technology, money, record labels and expectations people are sometimes dreadfully forgetting what is the key element to music that stands against Time and dust of forgetfulness. It´s good music, simple as that.

And nothing can ever replace good music.
Posted by Unknown at 2:06 PM 5 comments: